Excerpt From My Horror Novella

I got down the first chapter of a horror novella the other day. It's called Vanished. I've had the desire to do a horror/western for a while. Here's the first chapter. I'm hoping to have this one done by year's end. 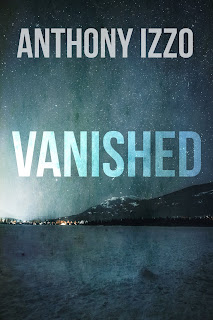 
A knock came at Sheriff William Barnaby’s door roughly after midnight. Someone arriving at his door this late usually meant a body had turned up in town.
He was sitting by his woodstove and enjoying a whiskey.
Someone knocked again. The wind howled, rattling the small cabin.
“Goddamit I’m coming!”
He got up out of the rocking chair. At seventy, something hurt every day of his life. Tonight it was his back that was signing, despite the liniment the doc had given him to put on it. The hot ache sometimes spread down through his legs. It was getting worse with winter on the doorstep.
Before going to the door, Barnaby grabbed the double-barrel shotgun. He opened the breach, making sure it was loaded, then snapped it shut. Rumor had it that the Barton gang had broken out of prison in Yuma. Five brothers, two of them now dead, courtesy of Barnaby. Barnaby had been the one who sent them there, and he’d stood on the platform as the noose had been tied around Jake Barton’s neck. Jake had raped and murdered a rancher’s wife while the rest of the gang proceeded to rustle their cattle.
Barnaby had shot Terry Barton, one of the other brothers, through the neck. Son of a bitch wouldn’t go quietly. The other three brothers he’d sent to jail.
He approached the door. “Who’s there? Speak up or I’ll send buckshot through this fuckin door!”
“It’s Ernie, Sheriff. Don’t shoot.”
Barnaby opened the door to find Ernie Talbot standing on his front porch. The deputy had on his customary duster. His hat was slung low, covering his eyes. If it weren’t for his light blonde hair and baby face, Ernie might’ve passed for a real gunslinger. People were fooled by Ernie. He looked about twelve, but he could shoot the balls of a fly at a hundred paces.
“And to what do I owe the pleasure?” Barnaby asked. “Somebody dead?”
“Naw. Can I step in? I’m freezing my ass off.”
Barnaby stepped back from the door and waved Ernie inside. He scurried over to the woodstove and put his hands out to warm them.
“You’re interrupting my whiskey. Get on with it.”
“Were you really gonna shoot, Will?”
“Bartons are on the loose, if you haven’t heard. I’m a crabby old fuck, but I like to think I have a few more years in me. Don’t need those boys coming around and cutting my life short,” Barnaby said.
“Damn. Yeah, they probably got it in for you,” Ernie said.
“Why are you here, Ernie?”
“Right. Maggie Cummings wants you to come see something. Some kid wandered into town. Barefoot. Feet all torn up. Won’t say a damned word. Clothes are covered in blood. I don’t think he can talk.”
“You could’ve handled this, come and got me in the morning. Why now?”
“Because he was with the Hanson party.”
A slight chill passed over him. Barnaby slid up next to Ernie. “Look at me.”
The young deputy turned his head.
“You sure this boy was with the Hanson party?”
Ernie swallowed, then nodded. “I’m sure. It’s Bev Hanson’s second youngest. I’d know him if he was my own. Seen him around town a million times before they set out.”
“Shit. All right. I’ll get my gun belt and we’ll head over there.”


Barnaby lived just outside of town, his cabin built on a hill overlooking Wilton. The miners had built this place shortly after finding copper in the ground ten years ago. He mostly broke up fights and put drunks in jail for the night. That was until the Bartons came around and started terrorizing local ranchers. He probably should’ve put all five of them in the ground when he’d had the chance.
Barnaby and Ernie rode down Wilton’s main street. Maggie lived in a place above one of the saloons. The two of them hitched their horses, then proceeded upstairs.
Barnaby knocked. “Maggie, it’s Will Barnaby. Ernie says you got trouble.”
The door opened. Maggie stood there holding a lantern. She had a scar that ran from her eye and curled around her mouth. Didn’t make her any less pretty. Her shithead of a husband had given her that scar. Barnaby had sent him to prison, as well.
“Thank you for coming, Will. He’s in the other room.”
Barnaby removed his hat, as did Ernie. He stroked his mustache, making sure there were no crumbs caught in it. Smoothed out his hair. Despite the other aches and pains that came with aging, and the fact that his bowels worked less frequently than he liked, he’d kept his hair. Age hadn’t taken that from him. His mane was longish and a shiny white-silver. He put hair tonic in it daily, although he would never admit that to anyone.
He supposed a pretty young thing like Maggie would never notice an old coot like him, but he still liked to keep up appearances.
The apartment had a kitchen and a bedroom. It smelled good in here, like fresh baked bread. Maggie had a stack of books on her table. She wanted to be a librarian someday, or so she had told Barnaby.
“Ernie says the boy was wandering down the street?” Barnaby asked.
Maggie nodded. “The wind was rattling the windows something awful. I looked outside and happened to see him. I went downstairs and rustled him inside. Tried to get him to drink some hot tea, but he wouldn’t. He just stares. Won’t say a word.”
“Ernie says he’s one of the Hansons?”
“He is. Tommy Hanson.”
Part of him wished the boy had never wandered into town. The Hansons were gone. Forgotten. Whatever fate they had met was out there, on the trail to California. It seemed distant, like something he’d never have to think about. No one talked about it. Now it was back in his lap and he had to deal with it.
He sighed. “All right. Let’s have a look at the boy.”


Barnaby entered the bedroom to find the boy sitting on the bed. His legs dangled over the sides. His bare feet were cut up and torn. Dirt smudged his cheeks, and his hair hung in greasy clumps. He was about ten-years old. A sour, wild smell came off of him.
Ernie came in behind, followed by Maggie.
“I’d like to wash him up, get some of the dirt off his face, if that’s okay,” Maggie said.
Barnaby spied a wash basin and some cloths on the night stand. She had already planned on cleaning the boy up. Despite the situation, he grinned. That was Maggie, sweet and kind-hearted. “I think that’s be just fine.”
Maggie shifted around him and sat next to Tommy Hanson on the bed. She dipped one of the cloths in the basin and began dabbing at the dirt on the boy’s face. He didn’t seem to take notice.
Barnaby hunkered down in front of the bed, trying to get eye-level with the boy. “Tommy, I’m Sheriff Barnaby. Can you hear me?”
The boy just stared.
“Where did you come from?”
Barnaby looked down at the bare feet. They were cut up something awful. He didn’t see any signs of frostbite, though. “Ernie, go get the doc. I want him to patch up the boy’s feet.”
“Now?”
“No, at dawn tomorrow. Yes, now,” Barnaby said.
“Right, Will. Of course,” Ernie said, and hurried out of the room.
Will placed a hand on the boy’s arm. “Tommy, you can talk to me. You’re safe. Now can you tell me what happened?”
Still nothing.
“Did someone hurt you? Where’s your family?”
Tommy’s lower lip began to quiver, and he let out a scream that sounded like an animal being slaughtered. It startled Will, rocked him back on his heels, and he wound up on his ass. Maggie jumped off the bed, dropped the washcloth. It landed on the floor with a wet plop.
Goddamn, this was going to be one hell of a night.
at September 22, 2019