Murderland: Excerpt of the Week

This week, I'm sharing an excerpt from my horror novella, Murderland. It centers around an amusement park with a bad history and a murderous creature escaped from a freak show.

Something has escaped the Tarp Brothers' Carnival Sideshow. A bloodthirsty creature bent on killing. It's made its way to the abandoned White Sands Amusement Park, known to many as Murderland.

As the creature terrifies the local population near White Sands, a police detecive and a group of college kids will come face-to-face with the terror in the woods. When the Tarp Brothers set out to capture the beast, all three groups will collide.


You can purchase Murderland on all e-book platforms. Also available in paperback. 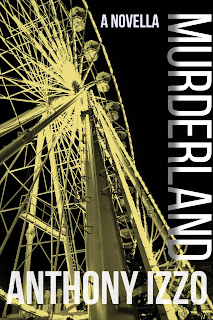