If you like what you're reading so far, you can purchase it here.

The first thing Heather Benson sees is the truck sitting in the lodge’s parking lot. She’s not in charge of logistics. She’s the host. It’s her job to look good and encourage drama between the contestants on the show. Oh, and sell America that this mountain might be a little haunted.
“Seems odd they left the truck out here,” George Sampson says. He’s wearing a pea coat with a colorful scarf wrapped up under his thick beard.
“The door’s open, too,” Heather says.
The man driving the SUV parks it. The rest of the crew vehicles pull in behind them. The cast is scheduled to arrive tomorrow.
Heather gets out. It’s snowing lightly. The powers that be at Blackmore Productions and the network are worried about the blizzard. Worried about it affecting production. “Have you seen the radar lately?”
George rounds the SUV. “Projected to hit late next week.”
“Well, we wanted extreme conditions,” Heather says.
“It’ll make for better television,” George says.
A red pickup truck pulls up next to them. The man who gets out is mountain-sized and wearing a stained Carhartt coat. He’s got a clipboard tucked under his arm. “What the fuck?”
There’s a second pickup, a Dodge Ram, parked behind the cube truck. Heather hadn’t noticed that at first.
“Heather, this is Don Larsen, he’s the crew foreman. You want something built or moved, Don’s the man.”
Larsen grunts hello and heads for the truck. He hoists himself up into the cab and examines something. He gets down, takes out a cell phone, and punches in a number.
Heather, curious, heads over where Larsen is talking. She tries to look casual, peering up at the lodge.
“Bob, it’s Don. Where the fuck are you guys? And why’d you leave the trucks out here? Call me pronto,” Larsen says, and hangs up.
“Where’d your guys go?” Heather asks.
“Fuck all if I know,” Larsen says. “Sampson, got a minute?”
George comes over. The wind whips the tail of his scarf. “Problem?”
Larsen moves in close to George. Heather sidles up next to George. Larsen either doesn’t notice or doesn’t mind.
“Bob Grey keeps a .44 in his truck. Everyone knows it. No one talks about it. The case was open on his seat. The gun’s gone,” Larsen says in a low voice. Steam puffs from his mouth each time he talks.
“Maybe he saw a bear,” Heather says.
“I don’t know what possessed him to bring out the gun,” Larsen says.
“How about we have a look?” George says.
“Maybe they were drinking. Probably passed out in the garage,” Heather says.
Larsen shakes his massive head. “They like to party, but when it comes to work, they’re rock solid. They wouldn’t leave the trucks out here like that.”
“The garage is open too,” George says.
They move over to the maintenance garage. Six inches of snow have piled up in the doorway. There’s no sign of the men.
“I’m calling the Highway Patrol,” Larsen says.
“Now wait a second,” George says. “I have to check with the powers that be at the network and the company. It could ruin our shoot.”
“Fuck your shoot,” Larsen says.
“Look, sponsors put up a half a mil as prize money. Not to mention all the advertisers. This is going prime time,” George says.
“Those are my guys out there,” Larsen says.
“It can’t hurt to have the cops come up and take a look. What if a bear did get them?” Heather says. “Just play it safe.”
“I suppose you’re right,” George says.
“Told you so,” Larsen says.
Engines rumble behind them. More trucks carrying camera equipment, the crew, and their belongings roll into the parking lot.
“Have someone move the trucks,” George says. “We don’t want panic.”
“I’ll move them myself,” Larsen says. “Make sure he calls the cops.”
“I’m calling now,” Heather says, taking her phone from her pocket.

Heather and George are in the lodge’s lobby. There’s a massive front counter with an elk’s head hung over it. A chandelier made from antlers hangs above the leather furniture in the lobby. A stone fireplace dominates one side of the room. There’s a faint hint of wood smoke in the air. The lodge has been closed for a few years, but Heather imagines that smoke smell won’t entirely diminish.
This is the third show she’s hosted. The first was a blatant ripoff of the Bachelor called The Single Guy. The second was a ghost hunter show that took her to abandoned prisons and asylums. The ghost show lasted three seasons. Got good ratings. Hence, she has the job here.
The crew is moving camera and lighting equipment into the lodge. A moment later, the lights flick on. They got the power going. She’s hoping for hot water so she can take a bath later.
The Highway Patrol is on the way up. George has called them.
“How long till they get here?” Heather says.
“Should be here any minute. Don’t think they were thrilled. They don’t want anyone up here, let alone some numb-nuts Hollywood crew.”
“You’ll smooth talk them, I’m sure,” she says.
He’ll get his chance, because a Highway Patrol officer comes in. His hair is shaved close and squared away. He wears a dark brown winter jacket over his tan uniform.
He approaches them. “Which one of you called?”
“That’d be me,” George says.
“The trucks are out there?” the officer says. The name sewn on his jacket says Wendel.
“That’s where we found them,” George says.
Larsen comes in the door and joins the group.
The officer asks for ID from all three of them. They take out their licenses and hand them over.
“Come outside with me,” he says.
To Heather’s dismay, they follow him outside. She just wants to go up to her room. She figures the truck drivers probably wandered off drunk somewhere.
The trooper takes their licenses to the patrol car and runs checks on them. A few minutes later, he gives them back the licenses. He’s carrying a clipboard with a form attached. “When’s the last time anyone heard from these men. Names?”
Larsen rattles off their names. He takes a pen from his breast pocket and begins writing on the form.
“Bob didn’t answer his phone. I called him about an hour ago,” Larsen says. He goes on to tell the trooper about the missing gun.
“Trucks were abandoned. Gun missing. You checked the lodge for them?”
Heather winces. They didn’t. “We didn’t.”
The officer rolls his eyes. “I’m going to have a look in the cab of the truck. Where is it?”
“I moved it into the garage,” Larsen says.
“Would’ve been better to leave it out here undisturbed,” Wendel says. “I’ll be right back.”
“The pick-up truck too,” Larsen says.
Wendel doesn’t answer. He strides toward the garage as if daring it to give him some shit. Heather thinks Trooper Wendel is short on humor and long on being a hard-ass. She watches the cop climb into the truck’s cab. He looks around. Then he does the same with the pick-up truck.
He comes back, stops, and writes more on the form. “Any footprints would’ve been covered by snow last night. We got a good eight inches. I’ll have a look in the lodge. If we don’t find them, we’ll get a search party out here.”
“Why would they need a gun?” Heather wonders.
“I think we told your people someone disappeared up here a few months ago. Not crazy about having a film crew up here. Too much can happen,” Wendel says.
George says, “We’re aware of the Highway Patrol’s stance.”
Wendel gives him a long stare. “I’m going to go walk the lodge. I hope you don’t need our help while you’re up here.”
He walks off toward the lodge. 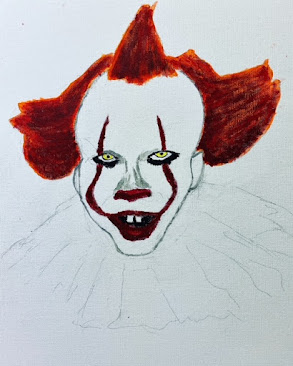