Enter the Night is around 51,000 words. I have a few more scenes to write, and it will be done. Then it's an edit before passing it on to the proofreader.

I gave away a couple copies of The Damage Factory to some coworkers. They seemed excited to read it, and I hope I gained a few fans.

Saw Black Panther over the weekend and enjoyed it. Another solid entry in the Marvel universe. Great to see some strong female characters on screen, as well.

I've also done some preliminary work on The Last Ride, an apocalyptic novella. Mostly stuff in a notebook on breaks at work. I'll be ramping that one up as soon as I'm done with Enter the Night. 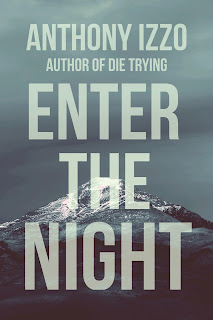