My latest thriller, Beat The Devil, is now available for Kindle and Kobo. 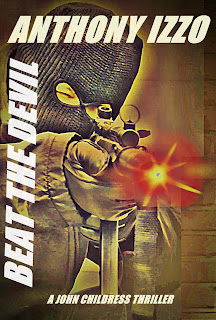 Notorious serial murderer Raven has escaped during his prison transfer. A merciless killer, Raven had struck terror into the hearts of the populace for years before being locked up.Now he's free again.A newly-created government agency doesn't want Raven arrested. They want him dead. The Agency kidnaps ex-Navy SEAL John Childress' family and makes him a proposition: kill Raven and he gets his family back.With the help of an ex-cop who put Raven away and one of the Agency's assassins, Childress must find his quarry before time runs out.Beat the Devil. The hunt is on.

$2.99 for Kindle and Kobo. Nook version to follow soon.