The Birth of Jack Vincent

Horror has always been my first love, followed by crime novels. I'm a big fan of Elmore Leonard, Dennis Lehane, and Ken Bruen. Duane Swierczynski has become a recent favorite, as well. I wanted to start penning some crime novels but release them under a different name, as to differentiate them from my horror novels.

So I chose the name Jack Vincent. Jack because it's a solid name. Sturdy. I've always liked it. Vincent was my dad's middle name.  My first release under the Jack Vincent name is UNDERWORLD.  It's a short story featuring ex-cop Cody Garrett. Garrett was created for THE HOLLOW, and I liked him so much I wanted to possibly do a series of books with Garrett as the main character. He fixes things for people who can't go to the cops. And he's not afraid to get his hands a little bloody. Or a lot bloody.

Here's the cover for UNDERWORLD. It's 99 cents and you can find it here: amzn.to/r1Sf95 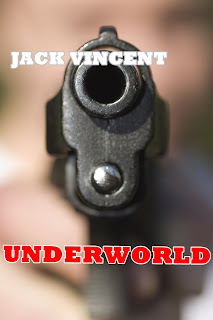