Kingdom of the Dead Now Available

Kingdom of the Dead, my latest novel, is now available. It's live on Amazon and Kobo. Other e-reader sites will follow. The paperback is also available at this time.


The world has died. The dead walk the earth.

Fifteen-year-old David is taking shelter in abandoned building when he hears the dead outside. After a close call, he's rescued by men on horseback carrying homemade spears and knives. David discovers his part of the world has been divided into  Five Territories.

The very existence of the Territories is at stake, as a massive horde of the dead draws near. David discovers the Territories are a treacherous place. The dead aren't the only things that are dangerous. Deception and a hunger for power rule the Territories.

David and the remaining survivors in the Territories must find a way to battle the dead and the living alike. 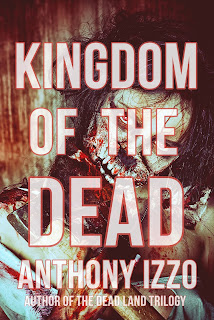